In the first half of the 20th century, part of Brickell Avenue was referred to as “Millionaire’s Row”. There were many prominent families who made their home in this part of town. In 1917, Charles L. Briggs purchased the land at 1581 Brickell and hired architect Gordon Mayer to design his home. The plans garnered a lot of attention after the design was revealed. The architecture conformed toward an old English style. This style was in sharp contrast to the European designs in the Brickell area at the time.

The Villa Regina mansion was still standing into the 1970s, but was razed to make room for a new condominium complex. Developer Nicholas Morley decided to construct Villa Regina Condominium on the waterfront lot occupied by the mansion on Brickell Avenue. 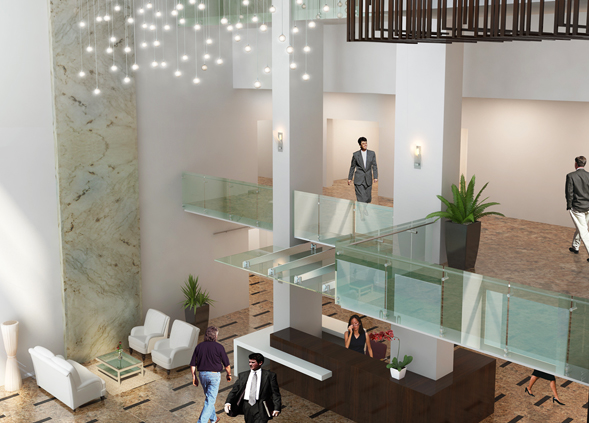 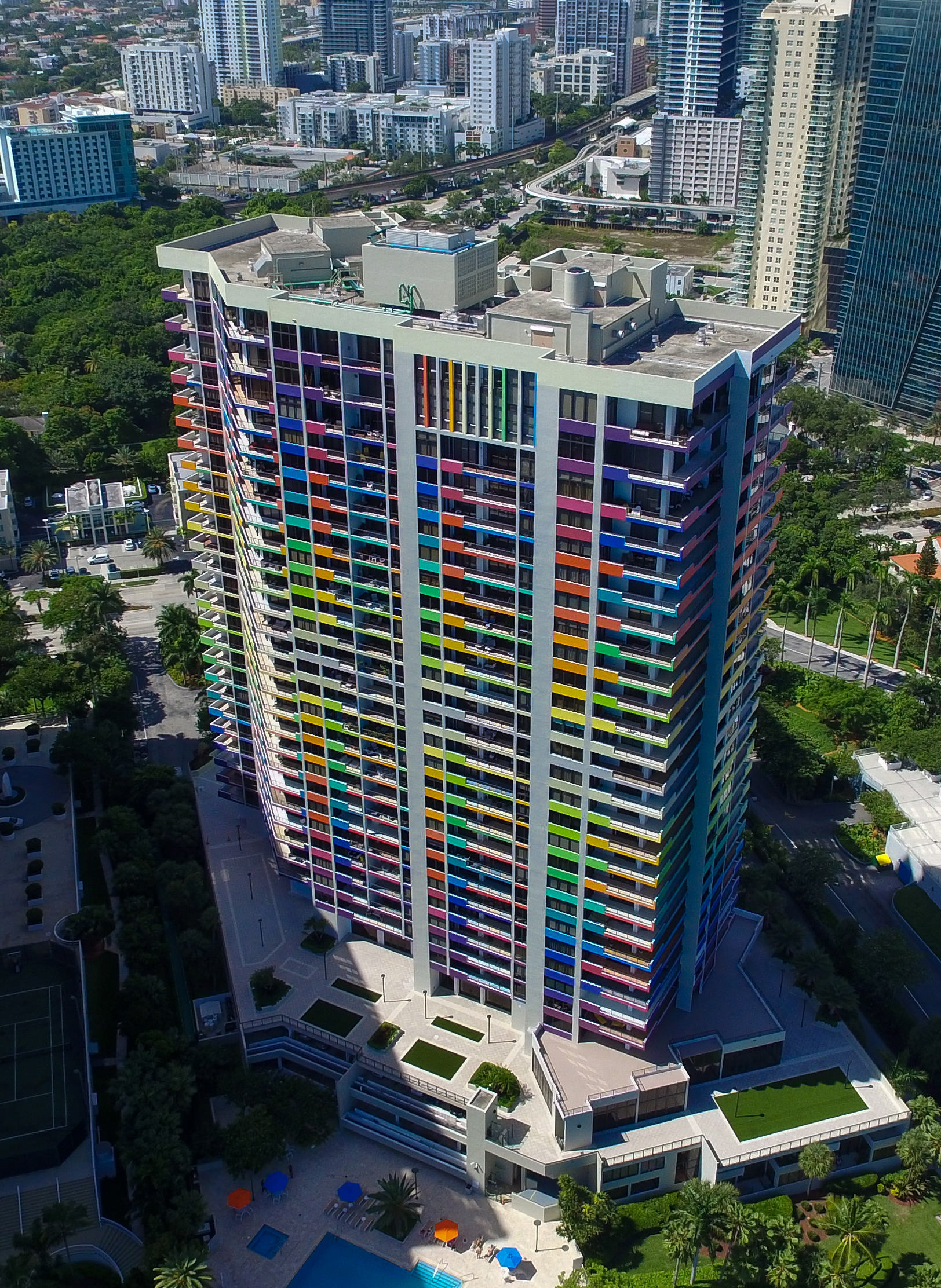 it was referred to as the

“Largest Painting in the World”

In 1984, Mr. Morley hired world renowned artist Yaacov Agam to paint the exterior of Villa Regina in order to generate market buzz and increase sales. The work was called “The Miami Agam at Villa Regina”.

The building’s angles and the recessed surfaces created by the balconies lent themselves to create the kinetic effect so popular in Agam’s works. More than a mural on a building, the structure itself became a work of art changing constantly depending on its viewpoint. Agam first created the painting on a six-foot model of the building and later supervised it’s transposition into the real structure.

Today, Villa Regina stands amongst the most iconic and renowned buildings in the Brickell area.

Born Yaacov Gipstein in 1928 in Israel. His first contact with art came in 1940 when he discovered Van Gogh’s biography, “Lust for Life.” He worked in a kibbutz during the next few years where he learned about Rembrandt, Dore, Daumier and Soutine. Agam was the innovator and pioneer of kinetic art.

The structure of his work, using intricate computer technologies and acoustic and lighting effects, changes as the spectator moves. As one critic stated: “He does not impose on the spectator his point of view but invites him into the game of choosing his own viewpoint.”

Villa Regina Condominium’s personnel counts with a vast experience in the management field.
Our professionals will ensure efficacy in daily transitions and operations.